As we have already ascertained, entering an awards process is often time consuming, stressful, and you are not guaranteed a shortlist place, let alone a winners' trophy once you submit your entry.

But as the proverb goes, you've got to be in it to win it.

The judging process is very thorough and fair as we saw in a three-part chat series with the experienced SMA judging panel last month.

But what does it mean to actually win an award? And is the hard work of completing an entry worth it? Some of our 2017 winners share their thoughts as the 23 March entry deadline draws closer.

"We entered the awards for the first time in 2017 without any expectation of winning," she said. "We'd put a huge amount of effort into marketing our smart-home range, but assumed other companies would have run bigger and better campaigns.

"Having now won the award, I can confidently say that the SMAs are not judged on stature or size, but on the effort and hard work put in by IT companies throughout the year. Not only was it great to be recognised for our marketing achievements, it was also a brilliant event to attend."

Mark Davies, cloud services director at Westcoast, said winning was the perfect reward for all the hard graft put in by the team during the year.

"We were delighted to win the Best Sales and Marketing Support Team award last year," he said. "This accolade was testament to the hard work and dedication the team put into delivering unbelievable service to their partners, every time."

Entanet has been on a winning streak for the past three years, but the feeling never gets old.

Stephen Barclay, sales director at Entanet International, said: "In 2017 we obtained the award for Best Vendor Account Management Team for the third consecutive year, which was an enormous achievement for us and one that the whole team is extremely proud of," he said. "Achieving independent acknowledgements such as this helps instil confidence among new and potential customers and has helped us to generate additional business."

Caroline Moore, communications manager at SW Comms, was pleased her company made a last-minute decision to enter, picking up the coveted Best Reseller Sales Team award.

"Winning the award meant a lot on several levels," Moore explained. "Most industry awards are based on a solution or case study. Even though there is a team behind the solution, it feels like their efforts get overlooked.

"This award was all about the team and their hard work. It was also the first time we had entered and was in fact a last-minute decision. We did not think we had a hope of being a finalist, let alone a winner. It was such a delightful surprise to win and to be recognised by a publication we all regularly refer to."

Lawrence Jones, CEO at UKFast, said winning the Best Company to Work For trophy was a proud moment.

"This was a huge accolade as we put so much emphasis on creating an amazing culture and delivering the very best workplace experience for our team," he said.

Parker added that the entry itself could actually be a fun process.

"Putting together a great entry doesn't have to be an arduous task, particularly if your business has plenty to talk about," he explained. "There's no better way to take stock of all the incredible things you're doing as a business than to put it in an awards entry. It is only then you realise just how much you've achieved."

Emily Iwan, director of communications at Rubrik, said the company's Technology Innovation Award had validated a lot of hard work going on behind the scenes.

"Since we started out, Rubrik's mission has been to redefine the once stilted backup and recovery market. Our software development team has been working hard, producing 10 product releases in just four years. It is great for this commitment to innovation to be acknowledged by an independent judging panel," she said.

"Winning the award was a huge achievement and something that we are very proud of. As a 100 per cent channel company, it serves as recognition of all the hard work that goes into making sure we are enabling our partners to better serve their own customers."

Simon Corbett, managing director of Jargon PR, said winning the hotly contested Best Channel PR Campaign has had an impact on the agency as a whole.

"Winning has set a benchmark so that we continue to push ourselves to deliver work that is worthy of industry recognition," he said. "Being an award winner has driven our own reputation and allowed us to really stand out from competitor agencies."

Mike Anderson, head of marketing at Brother, said as well as the external recognition, winning the Best Vendor Marketing Team award has raised his team's standing within his organisation.

"The recognition on the night is fantastic, but the real benefits are far longer lasting," he said. "The profile of the marketing team has been raised among many of our stakeholders, none more so than the board. This brings a greater level of confidence and with that comes the trust for you to continue to try new marketing initiatives that will help drive the business forward.

"it's also a strong story to pass onto our channel partners," he added. "In such a competitive marketplace, any point of difference is fantastic."

As well as team recognition, the awards help to promote product and technology initiatives to a wider audience, explained Ben Thompson, communications manager at Midwich.

"Winning the Best Digital Marketing Innovation award last year has certainly stamped a seal of approval on our interactive W.O.W Space platform within the industry," he said. "It has also set a benchmark within our sales and marketing teams to deliver more outstanding campaigns throughout 2017/18, and we'll be looking to showcase more great work to the judging panel at this year's awards."

Pure Technology Group scooped the Best New Business Win award in the Reseller category, and said the recognition and respect it has garnered since receiving the award has inspired it to push towards achieving more ambitious goals in 2018.

Colleague Charlie Wilson, business development manager at PTG, said: "The night was great and full of exciting stories of success. To be there to receive the award on behalf of PTG was a rewarding moment. A lot of hard work went into achieving it, so being there to represent the group was an honour."

To be in with a chance of lifting your own Sales and Marketing Award this year at the awards dinner on 5 July at The Grosvenor House Hotel, please visit the dedicated SMA hub to find out more, and to submit an entry, click here. The deadline is Friday 23 March. 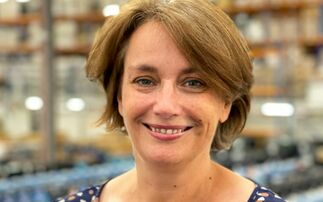 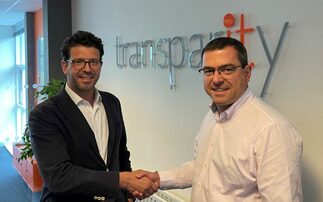 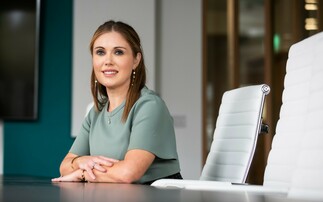