Catching up with the SMA judges - Part One

A handful of our Sales and Marketing Awards judges discuss why the awards are so important for the industry, why they enjoy being part of the panel, and what they are hoping to see in this year's entries

Every year there are a group of special people who give up their time willingly to help pick the deserving winners for CRN's Sales and Marketing Awards.

CRN is well aware of the work and effort that goes into creating the entries, and it is only fair that those entries are scrutinised by some of the best in the business and given the attention they deserve.

Our judges have carved out their own niche in the channel and have many years of solid sales and marketing expertise between them.

When entering these awards, people often ask what the judges are looking for or wonder about the people behind the judging decisions. Well wonder no more.

This year, in part one of a two-part article, we asked a selection of judges what they are most looking forward to about the entries, and also why they think it is such an important set of awards to be involved in.

Sara Driscoll, former CRN editor and freelance content writer, marketer and journalist, said: "I genuinely look forward to judging these awards. Yes, it is time consuming, and yes, there is a lot to get through, but the reward for me is seeing all the new and inspiring ways the channel is adapting.

"After the year we've just had, this year I know there'll be some companies out there who'll blow me away with their resourcefulness, their tenacity and their resilience when it comes to helping customers and their teams. That's why I'm looking forward to judging this year more than ever!" she added.

Gina Hough, owner of marketing firm MCC International, said the effort put into judging was worth it.

"Obviously when you are really busy, the process of going through each entry in detail is very time consuming, but once you get into it, you know exactly why you keep doing it," she said. "It's actually a privilege to be part of people's hard work and efforts and to see how their ideas and creativity have come to life. To do something to help, just for the pleasure of doing that, and not for what you can get out of it, is also a boost.

"I have always very much enjoyed the camaraderie of working alongside my fellow judges - meeting up again and enjoying debates - and because the channel is so much a part of my career and has been for so many years it feels like being part of a large family," Hough added.

Luke Budka, head of digital PR and SEO at PR firm Topline Communications, said the circumstances of the past year were going to make for some interesting entries.

"It is going to be fascinating to see in the award entries how marketing and sales teams adapted to a world of home working as traditional lead generation opportunities like events for example, were temporarily consigned to history books.

"How did sales teams fare with companies working from home? How did marketing teams reach the same working from home contingent? As always, I'm anticipating innovation and creativity - something the channel does well, but probably doesn't shout about enough."

Gemma Telford, founder at She/Her, said the effort companies put into their entries was clear to see.

"I'm thrilled to have been asked to be a judge again this year for the SMAs. Last year was the first time I've had a chance to do it, and I was delighted to see how much time and effort people had put into their entries," she explained. "I think the thing that's often lost in awards is the personal element - after all, the company wins the award, right? But actually last year you could really see, especially with the video entries, that it's the work of people and teams that is put forward. And those people and teams feel proud and excited that they've won an award, and rightly so!

Richard Eglon, marketing director at Agilitas, has been a judge since the awards started in 2012, and has seen how submissions and entry quality has evolved over the years. "I've seen the awards go from strength-to-strength in terms of the quality of submissions, range of channel firms entering, the focus submissions are placing around benefits for team members, and executive sponsorship to name just a few of the positive developments," he said.

"As a long-standing judge linked to these prestigious awards, I feel very proud and humbled to be asked back each year.  I take this responsibility very seriously as I think it is important for judging panels for any industry awards to demonstrate integrity and respect to both the judging process and their fellow judges.  I've been lucky enough to develop some really close relationships with my fellow judges over the past 10+ years, and seen the thousands of hours that has gone into running a long-standing, successful awards program," he added.

Eglon said one of the biggest lessons he has learned is to keep an open mind when it comes to entry content.

"This is an area that has advance dramatically over the past two to three years," he explained. "It is no longer good enough to answer a few questions with solid answers, as judges want to get a 360-degree feel of the business and people they are reviewing for an award, in terms of their culture, customer focus, CSR and transparency.  Corporate pitches, no matter how slick, are no longer enough to differentiate you from the pack."

The deadline for the SMAs is Friday 9 April. To submit an entry, please click here.

The very best of luck!

Making the most of IT/AV convergence post-Covid: Join our exclusive webinar on 4 March

Content+Cloud takes first steps into US with latest acquisition

Event to take place this Wednesday and Thursday 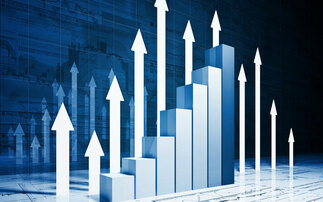 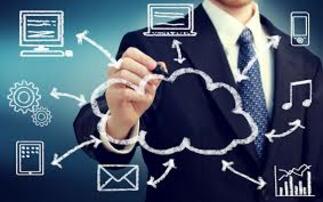 CRN event on Tuesday 5 July will see top execs from Content+Cloud, Highgate IT and Computacenter discuss future of the industry