Channel veterans Grahame Smee and Stuart Reay have opened up on their plans to build a new force in the distribution space.

Smee's newly formed outfit, 4Sec Group, last week acquired a 100 per cent stake in Alpha Generation, a Nottinghamshire-based VAD that has been trading for three years.

AlphaGen, whose key vendors are Thycotic, Flexera, Corero and Black Stratus, will now act as the VAD arm of 4Sec Group, but the duo have promised that more organic and acquisitive growth will follow for the group.

"We are going to build out a group structure that addresses various areas, and distribution is a part of that," Smee (pictured on the left, with Reay on the right) said.

"This is stage one and there will be multiple stages. The thing that stays the same in distribution is that if you're a vendor, and I've stood in vendor land for a year, if you look at the distribution landscape it's quite difficult to find someone who does everything you want them to do. You want someone who can help you recruit partners, help you generate end-user business, and take away some of the technical load of your business."

One of 4Sec's new brands slated for launch in the coming months will encompass an infrastructure-as-a-service (IaaS) platform, Smee explained.

"The IaaS platform will take a couple of the vendors we have, and a couple of others, and add them in. There will be a self-service portal that partners can self-subscribe to," he said.

"Some of the work AlphaGen has done with vendors such as Thycotic has been slightly in the shade and it's about taking that and adding some things that will make it more appealing to partners and vendors.

"You're going to see AlphaGen grow. We are in discussions with several new vendors and there is also some work happening on the acquisition side."

As a result of the deal, AlphaGen's five shareholders, including directors Reay, Chris Walsh and Mark Weatherill, have taken a stake in 4Sec Group.

"Joining forces with 4Sec will enable us to service our vendors fully, so they don't have to consider other routes to market" - Stuart Reay

Reay said he and Smee had been fairly close to agreeing a deal between their previous distribution ventures, Arc and Cohort, respectively, in 2008.

"But that allowed the relationship to flourish," Reay said. "Somewhere around 2012 we realised there would be a chance to work together in the future as we have a very similar ethos."

Reay said 4Sec Group's growth plans were similar to those of AlphaGen when it launched in 2013.

"The attraction with 4Sec is that we can do that faster now. There aren't too many vendors that are ignoring the cloud or managed services in our collective market," he said. "Joining forces with Grahame and 4Sec, with Grahame delivering those other aspects of the supply chain - especially the managed services - will enable us to service our vendors fully, so they don't have to consider other routes to market."

Since the days of Cohort and Arc, security is now less about building a perimeter around your network, and more about protecting the threats born out of the cloud and mobility, Smee said.

"Before, you got a big firewall and DDoS protection box; you built a big wall," he said. "But now because the world is cloud-based and everyone is mobile, there's nothing to build a wall around. The threat which that presents is much more diverse. Anything around mobile, end-point, anything that protects you against unauthorised cloud use and shadow IT are hot. Things such as CASB [cloud application security brokerage] are hot, because it gives you massive flexibility but allows you to police what people are doing."

Although AlphaGen will make some additional vendor signings, Reay claimed that the distributor already carries several technologies that tackle the top four or five priorities listed by the likes of the NSA and Homeland Security, or in the GDPR guidelines.

"Whether it's mobility management, patch management, privileged account management, application control, application white-listing, these have all been around for quite a while, but it's all bubbling to the top," he said. "People are starting to understand that they're the applications that are helping you defend against the insider threat, and that is what we're seeing as hot."

Smee added: "We're targeting a few areas, and are talking to several vendors in those areas. It's a job to constantly monitor what technologies are coming out of the US and Israel. You go to a trade show, you see a vendor you've never heard of, but they're a big start-up and are getting good funding. It's a constant battle to stay on top of them."

When asked to divulge his growth aspirations for 4Sec Group, Smee said: "We're going to build a structure that we think is relevant and going to be successful. Hopefully we'll be right, and we'll see where we end up."

Scottish security start-up ZoneFox on the prowl for UK partners 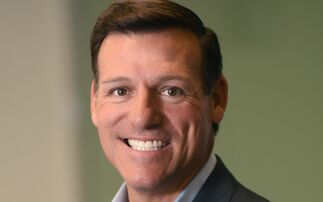 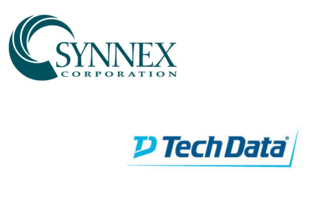 Joint company posted revenues of $15.6bn during fourth quarter of 2021 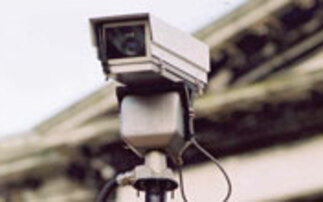