A sneaky peek into the Channel Awards winners' judging day

Channel Awards winners are selected via a two-stage judging process. Now, for the first time, Sara Yirrell shares how stage two of the process works

The CRN Channel Awards are the result of a lot of hard work; on the part of the team that run them, those that submit entries, and most importantly, the judges.

Winners have to battle through a two-staged judging process, with some categories having the extra pressure of presenting in front of the panel of judges on the second judging day to convince them they deserve the trophy.

The only exception to this rule are two categories: Channel Chief of the Year and the Channel Achievement Award - one of these is decided through partner votes, and the other is an editorial choice.

A rundown of the day

The judges arrive in the morning, and after much-needed coffee and pastries, they retire to their allocated rooms.  Judges are split into three panels - one for Resellers, one for Distribution and one for Vendors. Each panel has a head judge, again an independent channel expert, all of which have already been involved in the shortlist selection during the first judging stage.

Each of our second-stage judges have a strong channel pedigree - having set up and run a successful channel business or held numerous senior-level roles in vendor, distribution or reseller land. Some of them have even done both and have experience across all three channel disciplines.

Before attending the judging day, every judge will have spent many hours reading through the shortlisted entries, making notes and preparing points for discussion during the day.

As the judging process starts, they go through every single shortlisted entry and often engage in lengthy debates before deciding the winners.  This is where quality of entry comes into play, those companies that have really read all the criteria and submitted the best, most personal and comprehensive entry, will always take the crown.

Before lunch, two of the panels have presentations to sit through as Reseller of the Year (sub £50m) and Distributor of the Year (Sub £250m) are contested.  Presenters start arriving about 30 minutes before and their nerves are evident, as is their excitement at being able to fight their case in front of the judges.

Some arrive carrying interesting looking packages, but most grab a coffee and go off to a quiet corner to go over their notes.

Each presenter gets 10 minutes in front of their respective panel, and a further five minutes for Q&A.

By lunchtime, most of the winners have been decided and it is just the ‘final three' categories left to go in the afternoon after lunch.

It is a real battle of the heavyweights, and the people who come to present in front of the judges are almost always the big cheeses from each company.

The atmosphere is friendly and jovial with gentle teasing and banter, and also a lot of networking as each team or individual presenter waits for their turn. It is like a ‘who's who' of the IT channel.  Again, some come bearing very interesting props.

Bruce Hockin, long-standing member of the Vendor judging panel had some sage advice to share with vendors about the presentation stage after the judging day this year.

"We want to hear YOU talk about your UK channel. Keep the product stuff to a minimum and make sure your numbers between what you say and what you have written match up. Be human, be engaging, know your stuff.

"Talk about how you have helped the channel and qualify with numbers. If you have something cool and different, don't hide it away and wait for the judges' questions. Put it front and centre! It is all about your partners, not just the big ones. Some get that more than others," he said.

This advice applies also to resellers and distributors, particularly the 'be human, be engaging' message. And using numbers and facts to show how you are helping your partners and customers.

In the words of one reseller boss on the day: "If you cannot spend just 10 minutes talking about your own company and why it deserves an award, then you really shouldn't be entering at all, or perhaps in charge of a comapny in the first place."

Once all the presentations are done and dusted, the judges then spend a considerable amount of time talking through the presentations and deciding the winners. Often the entries that they initially thought would win, are closely beaten into second place after a passionate and informative presenter blows the competition out the water.

The aim of this article was to show how independent and how seriously this process is taken, and to share how it all works. The last word goes to Carl West, client success director, inside sales GB and Ireland at GfK, and head of the distribution judging panel.

"Another year passes by, I think my ninth as a CRN Awards judge, and it is clear that the channel wants these awards more and more," he said. "The level of competition grows and the bottled frustration can sometimes burst out on the night when companies don't win.  Each year as summer comes to an end and the dark nights draw in, the judges get wind of people complaining about the awards being influenced or the results being fixed. Here's how the process actually works:  Companies submit entries up to a thousand words with images, videos and people outside their company saying how good they are.  A team of independent judges score those entries for the purpose of shortlisting.

West added: "The next team of judges score further and then add to the points pool. [On judging day] the judges debate like a no deal Brexit question in parliament. No money changes hands, no awards are secured by advertising and no table booking gets you a trophy.  Hard work from entrants, judges and the CRN team make the night. So good luck to all the finalists." 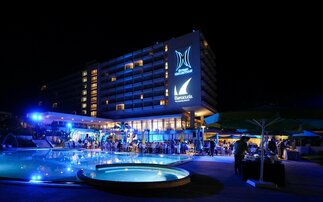 CPI attended Barracuda’s annual partner event in Greece to hear about the vendor’s strategy around beefing up its platform, and its growth road map for MSPs 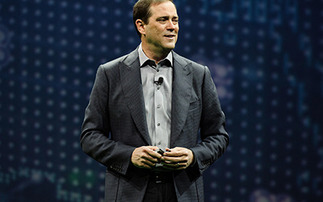 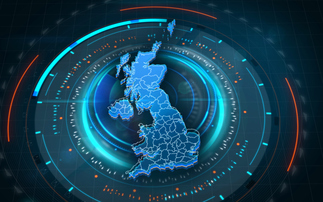