World is heading towards per-millisecond billing, partners say as AWS brings its billing model into line with Azure and Google

AWS' move to introduce per-second billing for some of its services forms part of a wider industry trend and could inspire similar moves by other cloud players, according to partners.

The cloud giant has announced that it will begin billing some forms of Linux instance of its EC2 and EBS services in one-second increments, bringing it into line with public cloud rivals Microsoft Azure and Google.

Partners of AWS, and the wider channel, were quick to applaud the move - which is effective from 2 October - arguing it forms part of an inexorable trend towards ‘per-millisecond' pricing in the cloud world.

Although a revolutionary model when AWS first introduced EC2 in 2006, hourly billing had become "a bit of a stick for other organisations to beat AWS with", Chris Bunch, head of Europe at Premier Global AWS partner Cloudreach, told CRN.

"This is a big move which I suspect required a lot of back-end effort, but it's definitely the right move for AWS," he said. "Longer term the world will get used to per-millisecond billing anyway with serverless architectures, so it's good to see this happening now.

"I would expect other cloud companies to follow this trend. In a similar vein, I'd expect AWS to be looking at sustained usage discounts, which is one remaining area where competitors claim they are cheaper."

"It's a great move and further demonstrates the commoditisation of cloud services. It allows companies to reduce their TCO for workloads in cloud which in turn increases the appeal of moving new/more workloads to it," he said.

"I expect Microsoft to follow suit shortly and perhaps be the first to have a Windows per min offering."

"Per-second is very helpful when running very thirsty workloads, but a lot of the very large migrations to the cloud are just datacentre migrations where the private cloud providers like IBM play," he said. "Would per-second billing be something of interest to their customers? Perhaps not. The big three public clouds do it, but for everyone else, perhaps it's not quite such a differentiator."

Scarfe saw the announcement as just the latest punch thrown between AWS and Azure, which New Signature is backing to win the public cloud battle.

"AWS has finally caught up with something Azure has done, but it's still playing catch up in a number of other areas. But it's good that there is more choice for customers, and I'm sure there will be a lot of happy AWS customers this morning," Scarfe said.

"It's interesting that the small number of AWS partners Amazon had are hedging their bets and investing in Microsoft as well. We truly believe Azure is the best fit for customers - the war is still raging and the winner has yet to be decided."

In a blog post, AWS claimed the move will result in a price reduction for many workloads, but Bunch said this wouldn't be the case in all circumstances.

"Immediately, it's probably most useful for Dev/Test type situations. I suspect this will drive more people to think properly about those environments and how they're managed (just as 'turning off overnight' did some years ago)," Bunch said.

"There are likely to be more people properly looking into real CI/CD pipelines, and indeed experimenting with batch processing type workloads as a result of this change.

"Is it a net price reduction? Off the bat, not necessarily. With proper focused cost management initiatives in place, yes - for more transient/dynamic workloads definitely."

"It's a PR stunt isn't it? It's trying to make something that's very expensive sound very, very cheap. If any customers wanted to come to me and buy per second I would gladly create them a billing model. It would take me less than ten minutes to do, but the important thing that customers need to be thinking, if they're with AWS or Azure, is ‘what will my overall cost be at the end of the year'?"

RedstoneConnect to build £5.5m network for one of UK's 'most technologically advanced' buildings 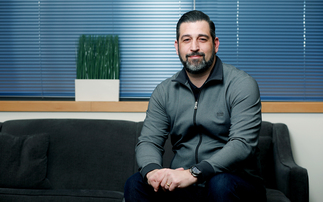 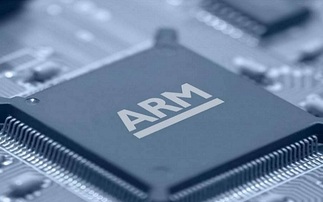 Softbank considering the sale or listing of ARM

'When you look at the success of Apple Silicon in iPhone and iPad, this can only be good news for Mac,' says Roger Whittle, CEO of Jigsaw24