Computacenter CEO Mike Norris has hinted that the firm is closing in on a UK acquisition, despite expressing scepticism over the industry's track record when it comes to M&A activity.

Mike Norris (pictured) said a deal in Computacenter's home market could be "on the horizon" as he revealed details of the firm's latest acquisition, Swiss professional services outfit Citius.

The Citius deal was completed on Friday, but talking to CRN sister publication Channelnomics Europe, Norris said the transaction was too small to warrant board approval or a stock market announcement.

Computacenter has been quiet on the M&A front in its home market of late, with Digica (2007), Thesaurus (2009) and ICS Solutions (2011) being rare examples of UK acquisitions it has made public in the last decade.

The firm has made a relatively modest 19 acquisitions since it went public in 1998, but Norris hinted that there are "one or two" more deals in the pipeline for Computacenter, including a prospect in the UK.

"We have one in the UK on the horizon," he said.

"I had a banker trying to sell me 2e2 - I promise you - for £300m within a year of it going bust and he couldn't understand why I was saying no, and it went bust worth zero."

Norris, however, expressed ambivalence towards M&A activity in general, claiming that acquisitions in the IT industry have generally not worked out.

"We'll buy something that we think is good value," he said.

"The problem is that most people have an over-inflated value of what their business is worth. I won't overpay.

"If one does any kind of research on acquisitions, they'll find on average they've not worked in this business. They have failed materially more often than they have succeeded."

Computacenter has expanded mainly through organic growth, and Norris admitted he was sceptical of the buy-and-build model.

"What really doesn't work is roll-ups," he said.

"No one in this industry has learned the lessons of 2e2 as far as I'm concerned. Everyone says 2e2 was an accident waiting to happen, but no one said that before it happened.

"I had a banker trying to sell me 2e2 - I promise you - for £300m within a year of it going bust and he couldn't understand why I was saying no, and it went bust worth zero.

"You can't trust the investment bankers at all, especially not the small ones. The big ones have a reputation and brand to look after, but the little ones will say and do anything to get a deal; it's so unregulated at that level, it's unreal."

"The Swiss business is more of a managed services business, and we don't sell very much product," he added.

"This acquisition gives us some more technical skills. It's much easier to add the reseller arm if you have a professional services business. Over time, what I want to do is do all three of those things in every country in which I operate, which is what we already do in Belgium, Germany, France and the UK."

On another note, Norris also confirmed that Computacenter is among the first batch of Dell-EMC partners to have been designated exclusive 'Titanium Black' status in the vendor's new channel programme, which kicks off next month. Insight, CDW and World Wide Technology are among those to have already formally confirmed their Titanium Black badges.

"Yes we are a Titanium Black partner - I can show the plaque the pen, I can even show you the letter from Michael Dell," Norris said.

"By the way, if you're going to ask me what it means other than the plaque, the pen and the letter from Michael Dell, at the moment we're not quite sure, but we are one." 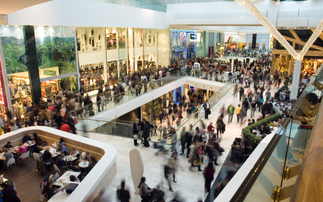 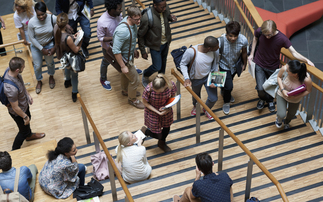 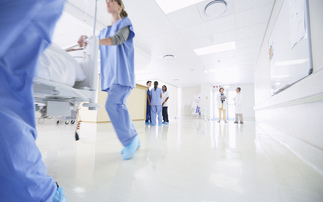 Partner Content: Discover how Eaton can support you in the Public Sector - Healthcare