'We're now selling more energy than IT and telecoms combined'

As part of CRN's Rising Stars report highlighting the most disruptive, most profitable and fastest-growing firms in the channel, Arrow Business Communications CEO Chris Russell opens up about his firm's diversification into the energy market

Two of its purchases have come not in ICT but in the arena of energy provision. We quiz CEO Chris Russell to find out whether selling electricity has super-charged Arrow's sales.

Pushing the boundary in: Diversifying into adjacent markets

What made you want to start offering energy alongside comms?

It's a market I've wanted to get into for five or 10 years, because I think the market mechanics work very similarly to telephony. You've got a number of incumbents that are slow moving and don't serve their customers particularly well, and you've got customers whose needs are not being met. We can sit in the middle and meet the customer's needs, add a margin and add a cross-sell product to what we already do. If you look at the mobile market, you've got three or four big providers who are not renowned for service but who are large, so people always include them. It's the same in energy: you've got the big six, but customer satisfaction is really low, and that's a breeding ground for VARs like us.

Are there other firms that sell both energy and ICT?

There are a couple of others [that are doing it]. Focus, based in Sussex, has an energy business as well as XLM and a few of the guys focused on SOHO and SME. And there's also Telecoms Plus, which has a huge energy business. So I don't want to sit here as some kind of visionary. But it's new for us. The acquisition [of Pulse] was in March 2017 and we did another top-up acquisition in December.

What's your business model in the energy market?

We had choices. We could have got a full licence and taken the hedging risk. But if you look in the press now, there are a lot of new entrants - admittedly in the consumer market - that are merrily going bust because oil prices changed and all the contracts they wrote are now not profitable.

So we broker the deals and stand between the customer and all the suppliers - we have relationships with 18 different companies. So the first part of the relationship is commercial - the billing and contractual relationship is between the end customer and the end supplier - and we are a commission-based business. Our turnover [for 2018] is going to be about £38m, and the next year it will be about £47m, £48m. If we billed those revenues our turnover would be £107m [for 2018], so we are selling more of this stuff than telecoms and IT together.

The second part of the relationship is where we've created a bespoke software portal called POD, which enables people with multiple sites and meters to manage all those relationships from one source. Then the third angle is there's a chance to buy in slightly different ways, so you can agree to buy so much energy business and we'll advise you when to place those contracts. It means higher energy users can take a more sophisticated approach to how they purchase energy.

What's the benefit of providing ICT services and energy under one roof, and how much overlap is there between the two customer bases?

Initially it was small. With the energy business, we had 200 quite large customers, whereas we sell to mid-market - 50 to 500 employees.

What's the big force of change that will reshape your business this year?

With stuff like cloud telephony, I do think we're reaching a bit of tipping point. You've got the shutdown of the traditional PSTN network in four and six years' time, so that is seeing a rise in customers who weren't the early adopters of SIP making those changes. Everyone is talking about connectivity, and there are many alternative networks now, trying to set up and invest in rolling out fibre across the UK to bring high-speed internet access to everyone.

Do you have any concerns over stock post-Brexit?

Not really, because we've changed our business so much over last five years that we don't really sell anything tangible. If you're selling hosted telephony, you don't need a telephone system. Our business changed so much to be an in-the-cloud business that our stock levels are at historic lows and the amount of tin that goes out the door these days is very light.

A link to the full Rising Stars report can be found here.

All the data from the Rising Stars report was drawn from VAR 300, which is available exclusively to CRN Essential subscribers.

'Our ambition is to scale up in the US'

Industry Voice: How to Secure Your Multi-Cloud Environment 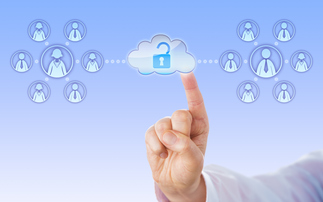