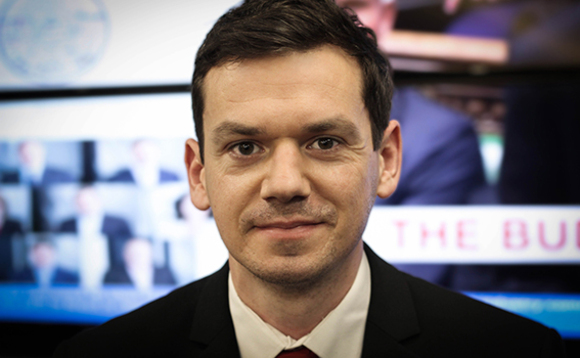 Having examined 340 CRN Women in Channel entries over the last 10 days, I feel more sure than ever that we made the right call to launch these awards last year.

Both the volume and standard of entry were up on last year, with many of you clearly having taken our judging tips to heart.

Many entries were packed full of stats, inspiring personal stories and strong testimonials from colleagues.

Sadly, we cannot put all entries before our panel of external judges, who will meet on 15 August to deliberate over their categories and pick their winners.

Of course, it is an achievement to even have been nominated for these important awards, which aim to shine a light on the accomplishments of talented females working in what remains a male-dominated industry.

This year's external judging panel is made up of 23 industry luminaries, and you can discover exactly who they are here.

They will have a few weeks to mark their designated categories before they meet on 15 August to deliberate and pick their winners, ahead of the big night on 17 October.

But with several categories receiving over 30 entries, it would not have been practical to put every single one before our external judging panel.

For this reason, we assembled a panel of internal judges whose job it was to thin the entries into more manageable shortlists for the judges to consider. You can see the shortlist for each category here.

Regrettably, we had to lose a lot of good entries at this initial phase.

How we arrived at the shortlists

However, judging is a time-consuming pursuit, and having categories with 30 or 40 entries would lead to judge fatigue.

For this reason, we would not countenance allowing more than 15 entries in any category, and in some cases we opted to put forward fewer.

This year, we were flooded with entries from our ultimate 'audience', ie resellers, solution providers, MSPs and other breeds of firms serving end users directly. On this note, it is great to see that so many of these firms - both big and small - see CRN Women in Channel as a vehicle for showcasing their efforts to help tackle the industry's diversity deficit.

This meant that - for categories in which we felt it was desirable to split them down company lines - we took the decision to create one category for 'resellers' and another for vendors, distributors and other firms selling into resellers (we labelled these categories under the 'vendor/distributor' banner for simplicity).

In fact, we did this for not only the Marketing, Sales and Rising Star categories, but also for other highly entered categories, namely Role Model, Manager and Unsung Hero.

We felt that it would be inappropriate to split Woman of the Year.

Shuffling the categories around in this manner enabled more entries to be shortlisted than would otherwise have been the case.

I was particularly pleased to see that entries for the Technical Employee of the Year category were up sharply on 2018. This was also true for the company-wide awards.

The next stage was to put the newly reshuffled categories in front of our internal judging panel.

This was not necessary for all categories, as some had fewer than 15 and - in a few cases - 10 entries. In these instances, as the head internal judge I alone examined each of the entries to sanity check them and judge if they were suitable to put before the external judging panel.

The toughest categories to thin were Woman of the Year and Unsung Hero (Reseller/Services), where we had a large volume of high-quality entries. Tough choices had to be made, but I'm satisfied that - as a group - we selected the best entries to put before the judging panel.

A word on the internal judges

The internal judges were drawn from across the CRN and Incisive Media team, including from editorial, marketing, events, conference production and sales.

I can personally attest to the fact my fellow internal judges took the process extremely seriously and marked entries on what they saw, rather than on reputation or relationship.

The scores of the internal judges were combined to form a ranking list for each category (or at least the ones that required thinning).

As head internal judge, I had the additional task of considering whether it was appropriate to move any entries to other categories (in a few cases, I felt it was). I also had to make a call on duplicate entries, and individuals who had gone in for multiple categories. There is nothing wrong with doing this, but we took the view that - in most cases at least - individuals should be shortlisted in one category only, to avoid the prospect of someone winning multiple categories (and to give everyone a fair chance).

With 340 entries submitted this year, the CRN Women in Channel Awards have already established themselves as one of the biggest events in the channel calendar.

In light of this, we recognise that the judging process for these awards must be as transparent as it is rigorous.

All these decisions were made to give everyone the best possible shot at winning an award on 17 October.

Now that the shortlist has been announced, we will put it before our external judges. They have until 15 August to mark the categories allocated to them, when they will come together to choose their 20 winners.

In the interests of transparency, please email me on [email protected] if you have any queries about the judging process.