Kaseya boss: 'We'll be a public company in Q4 this year'

Fred Voccola opens up to CRN on how its IPO plans are going, market valuations and forthcoming acquisitions

Kaseya's plans to go public this year continue despite a couple of delays, according to CEO Fred Voccola.

Last year, he told CRN that he expected the firm to be a publicly-listed company by Q2 of this year, but that timeline has now been pushed back to the fourth quarter because of external factors, including the COVID-19 outbreak.

"We have two factors that are determining our timeline," he explained to CRN.

"We are very deep in the financial preparation process. One challenge is whenever you make an acquisition and that acquisition is above a certain size, it becomes what's called material and if you have a material acquisition, you have to go and restate all your financial statements. We've had two of those in the last five months, one of which we're going to be announcing at the end of January.

"COVID did set the timeline back a bit. We stopped work on it for three months because we didn't know what was happening and we were trying to preserve the business and focus on our customers.

"Assuming that there are no macro changes in the public market's appetite for IPOs of fast-growing, highly profitable tech companies, we'll be out in the fourth quarter."

Kaseya has seen its revenue grow 20 per cent year on year to around $360m in annual billings, though Voccola was coy to delve further into the financials due to the upcoming IPO.

Last year the IT management software vendor was valued at $2bn, which Voccola said has now increased to $3bn. He has previously declared his wariness at being called a ‘unicorn' company due to the profiles of other companies that have also attained the status.

"I don't like being bundled into the category of ‘Oh, you're a Silicon Valley unicorn' - we are not," he stated.

"A Silicon Valley company that holds that stereotype is generally a company that's worth a billion dollars but doesn't make any money. We're worth over $3bn and we make about $100m a year profit.

"We take pride in the fact that we're a real business; and I'm not insulting my colleagues at Snowflake and companies like that - I'm sure they're great companies with great business models that I may not understand. But we are a company that has amazing technology and old school roots: we believe in customers, loyalty, looking at the long term, employees and we believe in profits. We don't believe in imaginary pie-in-the-sky stuff.

"It's great to be worth $3bn, but we like to think it's because of our fundamentals and not because of someone's imagination as to what we might be worth."

Voccola promises big things ahead for Kaseya this year, adding that there will be "big noise" around its upcoming acquisition of a security firm, as well as looking to hire 400 new employees.

"We'll be announcing a big security acquisition soon and we'll probably make two more acquisitions during the year," he said.

"Two other big investments we're making is that we've seen a lot of MSPs don't have enough resources to work on the business, so we're making some investments there. You'll see us make some big noise with some of these acquisitions in the coming months." 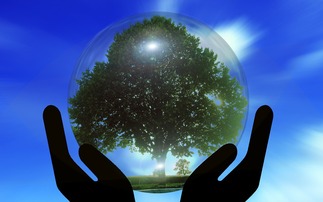