5 things to look out for at CRN Tech Impact Summit

CRN's inaugural awards honouring sustainability best practice in the channel will be packed with exciting content. Here are five highlights to expect....

The inaugural CRN Tech Impact Awards will kick off at 4pm on Thursday 16 September.

Designed to spread sustainability best practice in the channel, the 70-minute show will see some of the channel's top vendors, distributors and resellers/MSPs do battle across 13 sustainability-related categories.

But Tech Impact isn't just a roll-call of awards, with the show helmed by a celebrity presenter and packed full of interviews, panels and mini-documentaries.

Here we round up five things to expect from the show…

As there's still a pandemic on - not to mention the 'pingdemic' - we took the safe option and pre-recorded most of the content. However, the show will be hosted live by a mystery celebrity presenter (a household name to anyone around in the 90s!)

Tech Impact is free to attend, and you can watch it from your office or home. But our live host will be in our studio to unveil the winners, introduce the pre-recorded content, and read out your live tweets.

The CRN team dropped in on three of the UK's largest tech solution providers - namely Computacenter, Softcat and Jigsaw24 - this summer to find out how each of them is tackling sustainability.

As larger firms (two of which are publicly listed), this trio are among those leading the charge in areas such as renewable energy, electric vehicle usage and recycling-reuse, as well as social impact.

Softcat this summer transformed its Marlow HQ into a vaccination centre and recently set a 2040 carbon net zero supply chain target, Computacenter recently masterminded one of Europe's largest solar panel installations (and is now exploring introducing a travel tax - see above), while Jigsaw24 has set itself the goal of becoming an "IT channel industry leader" when it comes to carbon reduction.

During the show we will be unpacking this triumvirate's sustainability plans, and asking what others in the channel could learn from their endeavours.

That's the revelation of the head of sustainability of the Nordics' largest IT solutions provider, Atea, and could provide a clue about what could lie in store for IT providers on this side of the North Sea.

The Nordics is widely credited with leading the way on sustainability, and this applies to its tech sector as much as any area.

Hear what he has to say during our quick catch-up with him during the awards.

The show will also round up some of the most interesting sustainability-related stories from 2021 via several 3-minute documentaries.

We tracked down the man who commissioned the ‘Mount Recyclemore' sculpture that loomed over this summer's G7 summit (see above), and discover what lessons Microsoft has learned from its underwater datacentre experiment, Project Natick.

Channel partners looking to move the dial on sustainability are looking to their vendor partners to set the pace.

Fortunately, we have the channel bosses of two of the world's biggest - Cisco and HP - joining us on the day to give their frank views on whether the vendor community is moving fast enough on this topic.

They are among a number of guests that took part in pre-recorded mini interviews and panels that will be screened during the show. This includes an introduction to the concept of ‘decarbonisation level agreements, as pioneered by IT services provider Atos'.

The key talking points from Dell and HP's quarterly results 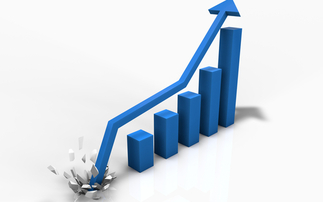 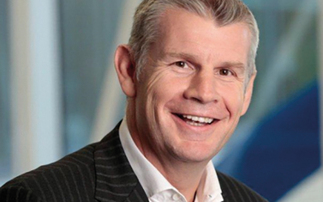