How PC gaming is driving AI, cars, and the UK treasury's technology policy

At CES 2017 back in January, Jen-Hsun Huang, CEO of Nvidia announced that "GPU-powered deep learning is driving the ability for computers to perceive the world… But one day, AI researchers met the GPU and the big bang of AI occurred."

Up until more recently, when most ICT analysts thought of Nvidia, the first thing to come to mind would have been gaming, and for a good reason. The core of Nvidia's business is still PC gaming where they continue to dominate the GFX hardware market. Jen-Hsun went on to explain that the "GPU had the benefit of being fuelled by the largest entertainment industry in the world: video games." Indeed, PC gaming is one of the most processing-intensive activities a PC can be asked to perform, and that industry has gone from strength to strength over the past few years. Jen-Hsun was right to tout the success of PC gaming: CONTEXT's data shows that sales of high-end VR-ready PCs shot up 1057 per cent in terms of revenue year on year for the top six EU economies in Q4 2016, and figures from the Entertainment Retailers Association put gaming as contributing more to the UK economy in 2016 than either music or video sales at £2.96bn.

Several thousand miles away from Sin City, the importance of AI and driverless cars was being carefully noted by strategists and civil servants in Whitehall, culminating in the most recent budget announcement. The British government has promised £270m in funding for disruptive technologies such as driverless cars, AI, and robotics. Given the current hard-Brexit policies being pursued by Teresa May's administration they are wise to support such green shoots; CONTEXT's figures for professional GPUs back both this decision and Jen-Hsun's assertion. Sales of professional GPUs in the UK reversed a previous decline in Q3 2016, with Nvidia's own Quadro series of GFX cards enjoying +25 per cent year-on-year growth in revenue. More and more GPUs are being purchased to power deep learning and AI for large datacentres, rather than in their more traditional roles for 3D modelling and computer aided design.

It's not uncommon for devices to be developed with one purpose in mind then being very successfully appropriated for another. Even Atari's failed Jaguar gaming console ended up being cannibalised and used in dental equipment. The GPU is also the critical lynchpin of another emerging technology: virtual reality. In one profound statement, Jen-Hsun declared that "…all gaming was virtual reality," and in many cases this rings true where a player inhabits a virtual world. It might not seem immediately obvious, but components built for PC gaming now power both AI and VR. As a result Nvidia's share price has soared in recent months, finishing 2016 224 per cent up from the previous year, and promising to continue to rise as their partnerships and new ventures bear fruit, with professional visualisation growing +11 per cent, datacentre at +144 per cent and automotive up +52 per cent for Q4 2016.

This success eventually caused Nvidia's shares to drop in February when the Q4 results were released as investors weighed up the risks of long-term returns (as driverless cars are still many years away from being commonplace), versus selling stock at an apex. To some extent, the UK government is taking a gamble on driverless cars becoming the norm, and this might reflect the modest £270 sum compared with much higher investment promised by other governments. Academic commentators have also welcomed this news due to the environmental benefits promised by AI-driven vehicles. The immediate future of AI and its importance to the UK economy is very encouraging, but much like Brexit, the longer-term outlook is beyond the most complex algorithm to accurately portend.

The move will see a 'Slack-first Customer 360' created 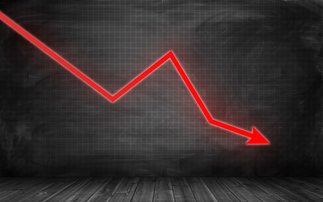