Do you care about green IT? Of course I take the environment very seriously but have to admit with the current economic climate sometimes I feel that maybe for the short term we need to worry more about rising energy bills than rising sea levels. Cost savings are affecting people a lot more immediately than environmental issues although everyone should still try to do their bit, I suppose unfortunately for the future world - I am only human.

If you could be in a rock/pop band, which one would it be and who would you be? Lemmy from Motorhead! It's been an interesting year and we've certainly seen a lot of headbangers over the last 12 months.

What is the best corporate jolly you have ever been on/taken partners on? In 2006, I was taken to the Turin Winter Olympics by Microsoft. I watched three ice hockey games in a row next to a bunch of Canadians. I learnt a lot more about Canadian drinking than I ever did ice hockey rules, however!

Has 2009 been as bad as everyone said it would be? Absolutely not! For companies that have a focus on the correct people, the correct products and partners, and that are selling into the right customers - it is still a wonderful world.

Have any of your predictions come true this year? The only prediction I had this year was that the SaaS market would come into its own and I think it's clear from the channel and reports I've read recently that the SaaS licensing model is growing much faster than the traditional.

What do you see as the channel's biggest challenge in 2010? I see vendors deciding to go direct as a big challenge, although this has been happening for more than five years. Also, the second biggest challenge to us as channel resellers is credit risk and late payment.

What is the best part of your day? It has to be coming into the office on a Monday morning. After having spent the weekend being bossed around by my wife and kids, to then be able to sit down with sales people, in the forecast meeting. It's nice to sit at the head of the table, having the power and authority to rule. My divine right to rule at home doesn't count for much with the current Mrs Chambers!

Synaxon hooks up with Kaseya 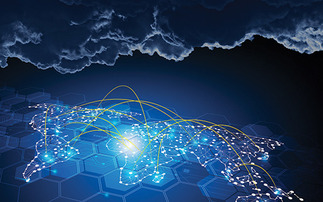 Rackspace reveals plans to cut ten per cent of its workforce