Give me your answer, do

What was your first job, and how did you get into IT?
If you forget the data entry temp job at Farepak Hampers, it was as an IT administrator at Kode Computers in Swindon.

Planes, trains or automobiles?
Planes - I love being forced to sit and relax with nowhere to go and endless films to watch.

What could prompt you to give it all up and join the revolution?
Inept political infighting and more cock-ups with my taxes!

What would you like to do next winter?
Take three weeks off and take the family to Europe: Bavaria, Switzerland, Austria...

If you were the newest crayon in the box, which colour would you be?
Purple - a vibrant and warm colour that couldn't possibly offend anyone.

What will be the most important trend
to follow in 2015?
Well, I hope it's not wearable technology. I reckon we should copy the French and ban work-based communication after 7pm. Although then I would have to sit and watch drivel on TV with my wife and kids; I'd have
to buy a bike instead.

If you were competing in the X-Factor, which song would you choose to win over the judges and why?
I can't sing! It would have to be a Beatles track; everyone loves the Beatles. Probably "Here Comes the Sun"

Is nature or nurture more important when it comes to the work/business environment?
I think no matter what people's natural skills are, you should use them and help individuals to focus on them.

What never fails to make you laugh?
My own sarcastic comedy. I am normally the only one who laughs at my jokes, to be fair. My wife doesn't understand them, which makes me laugh even more.

Your closest near-death experience?
Last time I landed at Luton Airport, bouncing up and down as we approached; I thought that was it!

What are you reading? Why?
The next Jack Reacher book to be turned into a film. I hate seeing a film of a book that I haven't read. And The Chimp Paradox by Steve Peters.

If you were king, what would you do first?
Get Prince Harry to throw a party and turn Buckingham Palace into a place for the homeless.

Which four famous people (living or dead) would you like to invite to your next dinner party?
Paul McCartney: I love music, and who better to bridge the gap between the 1960s and current-day music?
Stephen Fry: By far the most intelligent person on the planet and it would obviate the need for a book.
John Cleese: Probably the funniest person ever; he and Fry would be immense together.
Carol Vorderman: I am stupid with numbers and think I could amuse myself with Carol.

How far ahead should you plan for your future?
I like to plan no more than a month ahead. I have medium-term objectives, but everything depends on achieving what you need to in the next few weeks.

These boots were made for walking. Discuss!
I don't like country music.

How do you try to cheer yourself up when you're feeling down?
When my daughters were young, I would allow them to climb all over me when I got home from a difficult day. Now they are teenagers they are my only cause of stress. So I go to work or arrange a game of golf with some mates.

Connection is the key 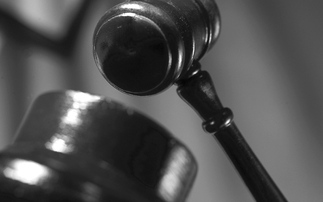 Former finance director at the AIM-listed company, Estelle Croft, has been handed three years in prison while ex-CFO Timothy Coleman will be sentenced in March