I started out as a support specialist for Xerox, and was based at Virgin Atlantic. It was a fantastic experience, and it taught me how important customers really are. I’ll always remember a quote that was painted on the wall that said: “When all products are the same, it’s service that makes the difference.”

I think I was a good student, both academically and in sports. I enjoyed school, but I did worry far too much.

What will be the most important trend to follow in 2016?

This year the connected workplace will be implemented within offices across the UK. As IoT is really gathering momentum, and mobility has matured to such an extent that we now live in an always-on society, it will be critical that large enterprises embrace this, so that smart technology isn’t just restricted to the home.

Not taking the career opportunities that were offered to me. It took me far too long to heed Richard Branson’s advice and go for it and learn on the job.

If you were made king, what would you do first?

Abdicate! I love working with a team and would never want to be a figurehead.

My first CD was Snap!’s Rhythm is a Dancer. It’s still a great tune.

More emphasis should be given to bridging the gap between higher/further education and the workplace. The government is making positive progress in its work with graduate placements and I would like to see it become the norm, where businesses build a programme that harnesses the thoughts and learnings of the next generation. Internships are also critical, as life outside academia is very different. It’s important that our next generation arrives ready for the working world.

I have many. I believe that they can be inspiring in the right context – one of my favourites is “A positive attitude is a powerful force.”

Do you prefer CRN in print or digital form?

Print. I consume so much digital content that it almost becomes transient. There’s still something quite special about ripping off the cellophane wrapper and seeing what’s inside.

What are your three greatest accomplishments (so far)?

Helping to give my two lovely sons self-confidence and a sense of humour. Nothing is more important in life than those two skills.

Cycling more than 300km from London to Paris in one day was a great achievement, too. When I agreed to do it I had never cycled more than 15km in one ride – it’s fair to say a few motivational quotes were needed for this one! I’ll never forget that feeling of cycling down the Champs-Élysées and weaving through the traffic on the Arc de Triomphe.

On the professional side, building a team that transformed Samsung Print from a retail-centric consumer brand into the fastest-growing B2B print brand in the UK is definitely in my top three. It has been an incredible roller coaster of a journey, and we’re now challenging the top five brands on a daily basis – and winning.

There have been far too many to count! Let’s just say I’m known for liking the sensation of speed – I’ve owned superbikes and fast cars and was too young to know better.

How do you cheer yourself up when you’re feeling down? Does it work?

I practise mindfulness and think of at least three positive things that happened that day before I go to sleep. Does it work? Yes – it can be hard to do when you’re feeling really down, but it works. 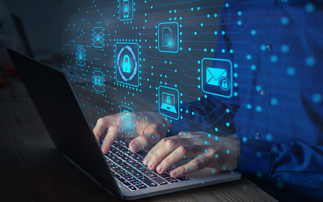 The researcher says spending will reach almost $47bn in 2022 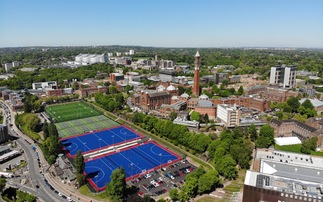 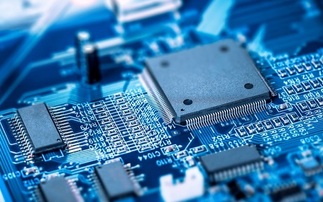 US semiconductor bill receives another boost in Senate

The legislation, which plans to provide a $52bn boost to the industry, was advanced by the US Senate on Tuesday