Starting Herjavec Group in 2003. We had a vision of offering managed security services to enterprise businesses. The market wasn't quite ready then but we stuck with it and now, 13 years later, we've expanded globally and have a proven track record of excelling in optimising and managing highly complex environments. I'm so proud of our team.

From a professional standpoint, it's expansion across Asia Pacific. We're currently in Australia but I'd like to expand our presence across Asia.

The level of connectivity and the maturity of our audience have both drastically changed. The rise of IoT has changed the game at the enterprise level and that's translating to so much more complexity for IT teams to manage. There was also a time when we couldn't get a CEO or board meeting. It's hard to imagine today, because now every executive appreciates the fallout of a breach in terms of both brand and financial reputation. Executives are speaking the language of security and asking the right questions.

I'm very bullish in terms of my approach to Brexit. The need for proactive information security doesn't change in light of Brexit. Was the timing tough? Sure. But I think we will see complete rebound. I've said it before - there is magic to doing business in London that can't be replaced. We won't see a mass exodus from this economy.

Every day is different - and any day I'm moving Herjavec Group forward is a good day.

Ha! Let's go with a shark (for context - Robert is a shark on the US hit show Shark Tank, a version of BBC's Dragon's Den).

My worst habit is probably my best habit too. I'm extremely paranoid. I think that's important in business. Only the paranoid survive.

It has been an incredible year for us at Herjavec Group. We were named the number two company on the Cybersecurity 500 listing of the world's most innovative security companies, we've expanded into Australia, earned our SOC 2 Type 2 certification for managed services... we're growing. It's an exciting time to be in the security market and I'm thrilled with Herjavec Group's positioning and potential.

The channel needs to continually evolve to exceed the needs of our enterprise customers. Today they are far more sophisticated and are looking for proactive defences and actionable intelligence. It's about data enrichment and achieving that level of context can be challenging to scale if not done properly. 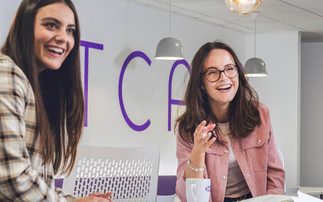 Feldman to head up new marketing division within Microsoft partner