Andrew Grove of Intel - he has been one of the most influential leaders in the tech industry and, although we rarely see what he and Intel did (as it is hidden inside a device), it has literally powered the industry ever since. Andrew in particular provided a rare combination of engineering and business/sales leadership, which is what I aspire to.

The digital divide which is building up in society between those who are in and those outside. This is not only causing issues on an individual level, I think we are seeing a big gulf building up between the knowledge industry and more traditional industries in terms of compensation for those who work in it.

Hannibal for his tactical mastermind, Sir Winston Churchill for his leadership in adversity and Queen Elizabeth I for her entrepreneurship.

Fantastic - best year ever perhaps (apart from when I got married/the kids were born). We sold a majority stake to Blackstone in February and the learning curve since then in terms of being a chief executive in a Blackstone-backed company has been phenomenal. Our industry is going through incredible change and we are both in the eye of the storm and the storm itself. It's a lot of fun!

Business lunches are so 1980s. I just don't have time for a big lunch. We did have an extravagant business dinner after the Blackstone deal closed, which involved some pretty serious bottles of Bordeaux. I can't get enough of fine French wine.

London, no doubt - it blends phenomenal history all the way back to the Romans with a modern, diverse and international setting where everyone can thrive from entrepreneurs to bankers to artists to engineers. It's a fabulous place and nothing compares. I am Swedish by origin but feel more like a world citizen. No-one in London cares about where you are from. We are all here to get on with life and make the most of it - I love that feeling.

Mind reading. Too often, people don't speak their mind so it would be helpful to know what they are thinking!

Complete this sentence. The worst thing about our rivals is… they are so easily beaten!

Not much. I get more disappointed especially when I see people not achieving their true potential. Life is short and pushing yourself to achieve what you are able to achieve is one thing that makes people feel satisfied. This is what I teach my kids too - push yourself, make the most of your opportunity and whether or not you "win", you'll feel good about having tried your damned hardest.

I'm a real foodie and love many types of food. I think Thai food is probably what could last the longest. Italian food gets close but I like the spiciness of Thai food. 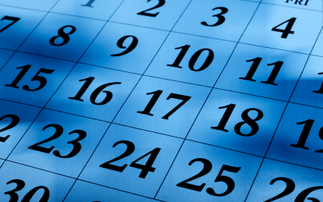 Time is ticking away as the 1 July deadline fast approaches 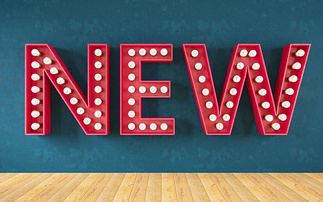 After the success of our Best Lockdown Project categories last year, we have launched three new categories focused on Corporate Social Responsibility (CSR). And the Software Vendor category has been tweaked.