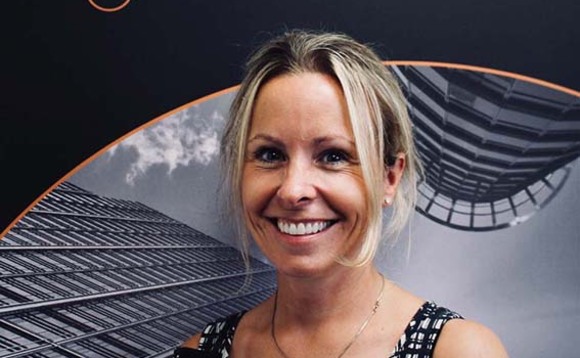 I was quite the tomboy growing up and would still rather drive fast cars than go dress shopping.

2018 is the year I mastered the ‘Art of Letting Go'. As a founder, it's challenging to take the leap of faith and delegate but seeing my team develop, in terms of capability and responsibility, gave me the confidence to trust and finally do this to a greater level than ever before. It has allowed me to work on my business as opposed to just in the business, something which is extremely liberating and empowering and actually allows me to multiply my value to my company. Obviously, opening the office in the Benelux and being shortlisted for two CRN Awards are two major highlights of 2018!

Probably Kristen Wiig (Bridesmaids). Not just because of course I am naturally hilarious! More the fact that I do get myself into some interesting situations based on trying to do the right thing and getting out of them is often a story in its own right.

I may be a bit biased but there is much to admire about most tech companies. But the one that stands out is Tesla. I love the sound of an engine, but Tesla is trailblazing and is not only changing the way we get about, it is helping alter the way we think about cars and transportation to accommodate the future. What started in my mind as a techie fad has actually turned out to be an impressive new brand in a relatively short space of time. I've not got one on order yet though.

Probably Disney Pixar movies. The Incredibles is my all-time favourite.

It was ‘GDPR' but I am less irritated now as the hype has diminished a good deal. My least favourite of all time is ‘I don't have the bandwidth'. Last time I checked I ran my day by time not capacity.

I would make people go through a rigorous test to see if they will be fit dog owners before they are allowed to have one.

In this competitive and fast-growing industry I still think we are ignoring collaboration in the most part. We need to have better joint strategies and technical collaboration in order to properly service the market. Plus, make things more simple. The easier it is to use then the more likely the uptake will be.

Apparently I talk about ‘vendors and margin' all day but they probably think I just sit at a desk or on a train drinking coffee. I do get told off for being stressed and worrying about everything and not sitting down. But they know I wouldn't be any different even if I didn't run my own business.

I have been very lucky to have had several positive influences in my working life but the most recent and impactful has been Divyesh Lakhani. Divyesh was my boss when I started in this industry and over the years has become my friend. He would argue that I never needed him but quite honestly it has been his passion for business and faith in me that has helped me find the courage to keep going and achieve my potential. I hope I can be as good an influence as him one day.