To be an astronaut. I was eight years old when the moon landings took place in 1969 and I was fascinated by it, one might even say obsessed. I have been a huge sci-fi fan ever since. However, it wasn't to be and I ended up going into automotive engineering instead. I started my career with British Leyland (BL Cars) but most of your readers will be too young to remember them!

Several awards, and some really high-profile customers. I created my own Mastermind Group to help, assist and act as a catalyst to help business owners grow and develop their businesses. I now run two separate groups (monthly meetings with telephone support in between) and the members are achieving average growth rates of 214%, which is very encouraging. It's good to know that my wisdom and experience counts for something and that I am able to mentor and coach others in this way. I see it as a way of giving back. I have always devoted some of my time to helping and developing other business owners. I spent many years doing it on a voluntary basis as IAMCP (International Association of Microsoft Channel Partners), so this is a logical next step.

Ernie Wise? After all, Eric Morecambe got away with it for years!

My laptop and mobile - I couldn't live without those two things. I know it's clichéd but it's true.

Last year I predicted significant growth in IoT and Quantum computing. While both of these areas are still growing and developing, IoT has truly gone mainstream this year. I think we'll see huge advances in Quantum computing in the next 18 months that will revolutionise the way we deal with data and analyse it. This will have massive implications for marketing, sales, data analysis, data storage and social analysis (among others).

I don't really get time to binge watch, but I finally got to start watching Suits. Generally I don't get much time for TV so it's nice to have time to sit down and watch something that both the other half and I can enjoy. I also watched the Netflix series Another Life while on holiday (mostly on the plane!) and just started The Hot Zone on National Geographic.

Awesome. We have a 28% growth in revenues and sales, which considering market factors, Brexit and a few other things is pretty good for us this year. We pulled back from business in the EU (mainly driven by customers in the EU worried about Brexit - a trend that started early last year). Since we are primarily a services business, this has been a key factor. But the UK market has grown to compensate above and beyond so that wasn't quite what we expected, but it's all good news and we have a very healthy pipeline into next year, which is great.

I live five minutes from the office so there's not much to complain about. Having said that, I travel all over the country. This month I'll be lucky to spend even two days in the office because we are so busy. A large proportion of my time is still spent with customers, or in London where I have other business interests. I run several companies and I am an investor in many others. When I combine that with my Mastermind Groups, life is pretty busy, but I like it that way. I'm always a moving target and hard to pin down!

I'm really not sure on this one. I don't really focus on history, I'm more interested in the future and how I might influence that. History is history, and short of having a Tardis to hand, I wouldn't count any one historic event as being any more significant (from my perspective) as any other. I guess if you asked me if there was one historic event that affected me the most and I would want to re-live, it would be the birth of my daughter - one of the most emotional events of my life. To me, that is historic!

Generally I don't! I just say that I am in IT and leave it at that! If I try to start to explain it to people that don't already know it, the eyes glaze over and I know at that point I've lost them… so I just don't any more!

Washington DC was my big favourite. For many different reasons but somehow being in the home of US political power seemed to be empowering (don't ask me why). I also liked Orlando and Los Angeles (although only certain parts of LA) - I had my 50th birthday at The Standard Hotel in LA, so maybe that's why! My least favourite would have to be Las Vegas - way too hot and too many distractions, if you know what I mean!

One of the key challenges will be those in adapting business models to meet both changing technologies (AI, robotics) and in meeting the demands of new/revised Partner Programs.

On my first point we will see increasing convergence of AI and robotics markets in both business and small business/domestic markets, which will challenge distribution models. Businesses will want to capitalise on the growth of home-based technology sectors versus business as workers become more diverse, more mobile and more independent (working freelance vs employed). This trend for a more mobile workforce has been around for a while but 2020 will see a huge shift in this model. And the trend will be fuelled by more pay-as-you-go models for equipment/technology rental in much the same way as mobile phone contracts work today.

On my second point about Partner Programs, I think we will see a massive shift in these models. For many years we have seen the large technology companies try and "retro-fit" and modify their programs to fit an increasingly rapid adoption of new technologies and platforms and today many of them just don't fit the model that's really appropriate for the market and for the partners. I am sure Microsoft is rethinking its model right now in the wake of a backlash in the summer over IUR, so I would expect to see a significant and bold announcement from Microsoft some time next year, and I would expect other vendors to be following suit. We'll see… 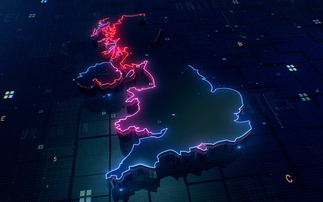 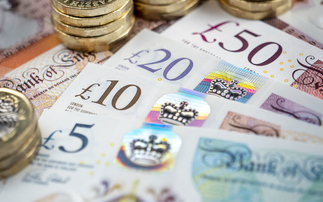 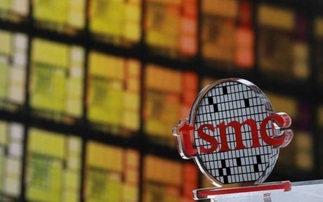