SPONSORED: Exertis: SMB is at the heart of what we do

With just a day to go until the 25th annual Channel Awards, we catch up with the SMB Reseller of the Year category sponsor Exertis, to find out why the sector is such a vital part of its business strategy

According to the most recent government figures, there are 5.7 million SMB businesses in operation in the UK - officially defined as firms with 250 employees or less - and they make up 99 per cent of all businesses in the country.

So, it is little wonder that distribution giant Exertis was keen to sponsor the hotly-contested SMB Reseller of the Year category at this year's Channel Awards in Battersea, which will see over 1,600 attendees from the industry enjoy a glittering night celebrating success.

Phil Brown (pictured), sales and commercial director at Exertis explained that SMB resellers are a crucial part of the distributor's core business proposition.

"Just because of the breadth of product we offer and our expertise, we are keen to enable the SMB reseller to compete, and to leverage the expertise that we have," he said. "At our core we are still an IT distributor, with an AV business, a special print arm, components and networking businesses and also a gaming arm.

"Particularly as schools work more with virtual reality and use X-boxes in the classroom - we have a wireless team and enterprise team that the big resellers draw on regularly, but this is all open to SMB resellers too," he said.

Brown explained that the ‘Plug Into Exertis' events that it has been running for the past two years have been aimed at SMBs.

"We are trying to educate the SMB reseller to think about how we can work with them, and how they can plug into our business and work with us and our vendors," he said. "As their businesses grow, they can then use more of our offerings and keep growing."

SMB really is at the heart of what Exertis does, he added.

"We are always running a number of different initiatives - for example with AV - we have acquired Medium and Stampede recently and want to enable the AV side into the SMB market," Brown explained. "While we continue to work with core vendor partners such as Dell to push their business propositions to their Authorised and Gold partners - we are also making it easier for SMB resellers to navigate around the various initiatives these vendors are running. There are lots of initiatives in different spaces.

"And this is a focus for us next year, trying to wrap up bespoke SMB offerings and encourage resellers to draw on us."

Brown was keen for more SMB resellers to speak to him.

"I would encourage SMB resellers to come and ask us how we can help them - how they can plug into our raft of vendors and specialist divisions," he said.

He added that it was the job of distribution as a whole to make sure the SMB players are supported.

"SMB resellers are the channel," he said. "We all started out working with these customers and we cut our teeth in this space. As the market consolidates and the big guys get even bigger, we need to fuel the SMB space, which is the lifeblood of the channel. It is the job of distribution as a whole to help these types of reseller grow and flourish from day one."

And for the night itself, Brown said he was looking forward to showing the next generation of Exertis how the channel can party as well as handing over the award to the luck winner on stage.

"I am bringing a lot of my sales managers this year that have never been before to let them experience the scale of the event and the buzz," he said. "Succession planning is very important to Exertis - we are keen to encourage the next generation - and networking is a large part of what we do, so I'm looking forward to enjoying the experience with them. It is such a great night."

Adoption of 'digital workers' to increase next year as prices plummet 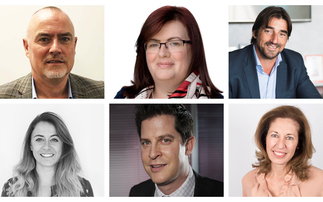 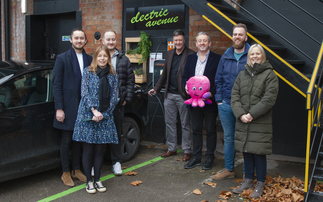