Top reasons to attend the Channel Awards this year

We share some reasons why you should come along to the channel's biggest awards party this year. And yes, some are firmly tongue-in-cheek.

Are you still debating whether you should book that table at the Channel Awards this year?

As a certain sports shoe manufacturer says: ‘Just Do It'. You won't regret it.

The awards are taking place at the Battersea Events Arena on Thursday 14 November - so the countdown really is on. Don't miss out on your chance to attend the Channel Oscars.

It's nearly Christmas, so why not get in the festive spirit by attending the biggest channel party of the year and letting your hair down. Most importantly treat your team to a great night out - they will love you for it.  Those feeling particularly ambitious could even bring their customers along.

Reason Two: Everybody who is anybody can be found at the Channel Awards, it really reads like a who's who of the channel - you don't get many networking opportunities like this one.  If you want to mingle with the bosses of many Top VARs, distributors and vendors, then this is your chance.

You will either be celebrating a win for your own company or for your peers. It is a great way of supporting success in the industry and learning about what makes a winning entry. Who knows, next year it could be you?

Reason Four: The entertainment is top notch - last   year Judge Jules kept the dancefloor filled until the   early hours, this year we have yet another exciting   and experienced floor filler. This one has not only   hosted segments on BBC Radio 1Xtra and BBC   Radio 2, but regularly DJs around the world and presents top music industry events such as MTV Europe Music Awards. Can you guess who it is?

Reason Five: The after party.  The Channel Awards after party is the stuff of legend. In previous years, people have still been on the dancefloor at six in the morning - have you got what it takes to last the whole evening and following morning and create a new afterparty record? Oh and what happens at the after party, stays at the after party.

Reason Six: The next-day hangover is a fantastic way of getting

out of doing any real work - so in effect it is a day off. You might turn up to the office, but there is no way you can lift your head from your desk until the 10th cup of coffee. You are so tired by the afternoon that your boss sends you home to ‘sleep it off'.  Result.

To book your table or place at the 2019 Channel Awards please click here. Tables are going fast! 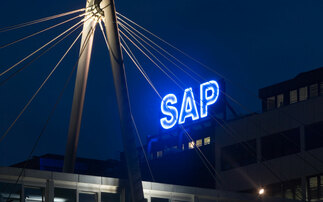 'Digital transformation can no longer be purchased overnight' - Gartner tips IT spending to hit $4.2tn in 2021

Computacenter set to continue 16-year growth streak this year, but warns of challenges for UK business