The need for speed: Why the IT buying cycle is accelerating

Resellers used to elongated sales cycles will be pleasantly surprised by research suggesting the IT purchasing cycle is poised to accelerate rapidly, according to Doug Woodburn

Elongated sales cycles have been a bugbear for resellers ever since the 2008 financial meltdown.

So I was intrigued by the findings of some recent research suggesting that the amount of time end-users are taking to make technology purchases is actually falling in the ‘digital' era.

Long sales processes are a notorious margin-sapper for VARs, especially if the project in question ends up getting shelved or - worse still - awarded to a competitor who's snuck in at the eleventh hour.

Resellers have had to get used to projects taking longer to sign off ever since Lehman Brothers collapsed. If anything, you'd think last May's Brexit vote has made end users even more cautious over big spending decisions.

But recent research conducted by CRN and our sister publication Computing found that the tendering process is actually set to speed up over the coming years, and fairly dramatically too.

In fact, it is accelerating already, the research of 275 IT decision makers at UK end users found.

Respondents were asked about the average length of tendering for an important business technology purchase currently. They were then asked what it was three years ago, and what they expect it will be in three years' time.

The results will make pleasant reading for resellers used to regularly expending up to a year's worth of effort in the pre-sales process.

Where three years ago, 24 per cent of end users took over six months to complete an important purchase, only 14 per cent take that long today. What's more that figure is expected to fall to just nine per cent in three years' time.

Currently, just two per cent of respondents said they take an average of less than one week to complete an important purchase. But eight per cent expect it to take less than a week in three years' time.

Digital transformation appears to be the reason for this acceleration.

For those of you rolling your eyes at this point, I would agree that digital transformation - and the word ‘digital' in general - is an over-used buzzword, but that does not mean the trends people are attempting to describe when they use it aren't real.

Digital firms make faster decisions, the research concluded, based on a number of interviews carried out with suppliers and end users.

One CIO of a utilities firm questioned said the introduction of more agile methods had sped up the process on deals under £350,000 from nine to three months over the last five years. Deals over £350,000 now take six months, down from 18 months, the CIO said. "It will go faster in the future, it will be, ‘There's an app, download it'," they added.

Meanwhile, an IT director of a media firm questioned said: "I think it's quite fast-moving in the digital age, so requirements are changing quite quickly, so I guess that makes it more of a fluid process."

These findings suggest some possible lessons for both end users and suppliers.

For end users, those who are slow in making the transition to digital should regard the faster decision-making of their peers - and thereby their capability to deploy technology at greater speed to competitive advantage - as a threat.

It also seems to suggest that resellers can accelerate their sales cycles if they engage with digital businesses.

And yet the vast majority aren't.

That's just one of a number of key findings of the research, which looks at how buying and selling enterprise technology in the era of cloud and digital transformation has changed. Click here to view the full report.

Should IT industry being doing more to secure female panellists? 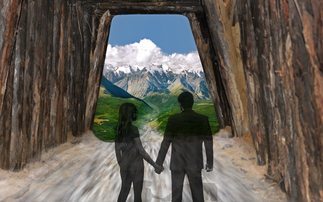