Eight resellers name their vendors to watch in 2018

Which established manufacturers will kick on this year? We asked executives from VARs and MSPs including Softcat, OCSL and ANS for their tips

Having dominated the server virtualisation market for over a decade, VMware has not rested on its laurels, leaping into the networking space in 2013 with NSX before making its debut in the cybersecurity market last summer with the launch of AppDefense.

The Dell-owned vendor's metamorphosis has not escaped the attention of Sam Routledge, CTO of Softcat, which first forged a partnership with VMware 12 years ago.

"Their positioning as a security platform company is interesting and with the bluster around security that's a really good thing. They've got NSX as a network layer that will help with security at a much more granular level. That's something we advocate: moving away from simply a perimeter-based security model to embedding security within your network.

"The other thing is AppDefense, which whitelists services running in virtual machines and will then take actions defined by you if it spots anything running that shouldn't be. I think that positioning in the current market is spot on."

VMware's détente with AWS (in 2013 former president Carl Eschenbach urged its partners to help it see off the public cloud threat posed by "someone who sells books") is another plus point, Routledge said.

"Fast-forward five years and they are in partnership. From a customer and hybrid cloud reality standpoint, that's really interesting," he said. "The [VMware-AWS] partnership won't hit the UK until later this year, but it's made them really relevant."

How Microsoft and Lenovo diverge on mixed reality 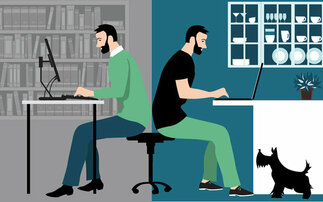 Adobe: The pandemic has forced the industry to be more flexible

In another of our 'Meet the Shortlisters' series for the 2022 Sales and Marketing Awards, CRN catches up with Adobe to talk about being open to change, hybrid working and the importance of looking after staff. Adobe has been shortlisted in three categories...